STAY TUNED FOR MORE INFORMATION ABOUT THE
2020 SCHOLARSHIP COMPETITION!
We are pleased to invite all eligible high school juniors and seniors interested in a career in agriculture to participate in the 10th Annual Lyle Holt Scholarship Competition. The Eastern Washington Ag Expo will be offering a minimum of three $1,000 scholarships and in year's past has offered upwards of $4,000 to participants. The scholarship competition is open to students in the Pacific Northwest.
Lyle Holt Scholarship Sponsors: 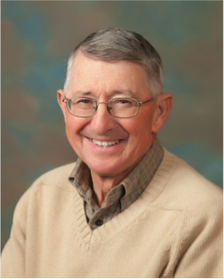 Lyle Holt was born in Fairfield, WA in 1939 and was raised with his brother and sister on the farm that their great-grandfather established.

Lyle’s great-grandfather Adams started farming in Creswell, Oregon, in the Willamette Valley. He then left Creswell and traveled over the Mackenzie Pass to Bend, Oregon and then on to Walla Walla, Washington. Finally, great-grandfather Adams was able to settle in Fairfield, WA in the 1880’s after purchasing the Fairfield farm on a trade for twelve horses for two quarters of land. This farm was preserved in the family legacy and was still operating when Lyle Holt and his siblings were born.

Lyle Holt attended Fairfield High School and graduated in 1957. His graduating class consisted of 14 kids with only four girls. Lyle was very active in 4-H, FFA, showing steers in the Spokane Livestock Show, and raising grain for his FFA project through which Lyle was able to receive his State FFA Degree.

After high school, Lyle attended Washington State University where he received his Bachelor of Science in Agriculture with a minor in teaching. While at WSU, Lyle was blessed to meet his wife who was a Home Economics major. After college, Lyle looked for a job in his field and none were to be found. He was considering the military when a position opened in Bridgeport, WA.

It was 1962, two days before school started when he finally received the job offer to teach agriculture and biology.  As the Ag teacher, Lyle was in charge of the school’s twenty acre project farm. One of the accomplishments Lyle made during his time as the Bridgeport Ag teacher was to bring irrigation to the school farm. This was a community effort with immense help from local parents. After twelve years of teaching in Bridgeport it was time to move on.

Moving to Connell, Washington, 1974, Lyle was part of a two teacher team in the Ag Department to advise the many students in the program. Lyle started the mechanical program. Living and teaching in an area so diverse, it was necessary to teach on many different areas of agriculture. After four years of teaching as a two man team, his partner moved on and Lyle was on his own.

Lyle built his home in Connell. One summer, in 1979, an opportunity to purchase a farm west of Connell became available. Lyle traded his house as the down payment.  The farm started out with furrow irrigation and a couple of wheel lines.  Lyle felt the farm really helped in his ability to be a better Ag teacher.

After many more years of teaching, summer visits to students checking on the projects, fairs, livestock judging contests, and many other FFA events. Lyle Holt retired his teaching career in 1994.  Lyle’s teaching career and dedication to his students has left a far-reaching, living legacy. Lyle currently sits on the board of directors for Big Bend, and serves at the Columbia Basin Jr. Livestock Show.